(Hopefully leaving out the boring bits. Because what really matters is what I can do for you and your brand.)

If you’re like me, reading the ‘About’ navigation tag on a website is not something you’d place on your list of high-importance things to do. Why? Because it’s like most things on most websites: boring.

But as you’re here, what should I tell you that might be of interest, or even value?

Well, I could start by saying that I’ve now spent nearly 40 years in advertising, sales, marketing, design and branding. And I think I’ve consulted, coached and mentored in just about every aspect of business – from sales training to devising marketing strategies, from writing business plans to art directing photo shoots, from giving presentations and workshops to providing management training.

My work has always been tied to the value I provide to my clients. There are a lot of so-called ‘specialists’ in the marketing realm, especially with the advent of the internet. But I’ve always preferred to be a generalist. I’ve never liked being pigeon-holed, and always wanted to do a whole load of things rather than just stick to one. You may be different, but hey, that’s okay.

I was originally a graphic designer and set up my own design business in my mid-twenties. One of my earliest clients was Patrick Lichfield, a world-famous photographer and a relative of the Royal Family. He was selected to take the official photographs of the wedding of the Prince and Princess of Wales in 1981, and subsequently became one of the UK’s best-known photographers. 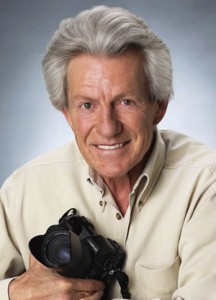 From 1999 onwards he was a pioneer of digital photography at a professional level. He was chosen by the Queen and the Duke of Edinburgh to take official pictures of Her Majesty’s Golden Jubilee in 2002. I handled everything for Patrick, from design, advertising and PR to his exhibitions and displays, planning and event management. He was a great guy, and I learned a lot about photography from him.

But I was also very good with words, not just pictures. And for that reason, I decided to be a copywriter too. I was extremely fortunate to be mentored by one of the world’s greatest copywriters, David Abbott (sadly no longer with us). That’s him, below, along with some of his most famous ads you might recognise (if you’ve over 25).

My friend David was Chairman and Creative Director of Abbot Mead Vickers (eventually merging with American ad agency BBDO). In 1995 AMV BBDO became the largest advertising agency in the UK, a position it has held ever since.

One of my most treasured possessions is a book he had flown over from the USA specially for me. In it was his personally signed short message: ‘To James, who understands what it’s all about.’ David passed away suddenly and unexpectedly in 2014, and I still miss him greatly.

After working on some major accounts as a marketing and management consultant, I was headhunted into British Telecom to work with their newly-formed Customer Communications Unit. One of the great things we created was the ‘Ology’ campaign featuring Maureen Lipman, which won numerous awards, and helped BT win huge numbers of sales, including pretty much every single customer it had lost in the competitive environment it was in. Even after seventeen years, the ads are still funny and ticks all the boxes for a successful TV campaign. There’s a fantastic emotional connection with the audience. You can watch the best one here just for the nostalgia. I hope you find it as funny as the original audiences, who proclaimed it one of the best television commercials of all time.

After a four-year stint at BT, I left to become Managing Director of a leading London-based brand consultancy responsible for the brand management, sales and marketing, corporate identity and advertising for Top-100 companies, including Yellow Pages, Virgin and EMI. I did the same thing in Scotland a few years later, before becoming an independent marketing and brand consultant again, working not only for blue-chip companies, but also helping smaller businesses and not-for-profits strengthen their branding and profitability.

Along with a business partner, I also ran a company called ‘Performance Improvement Consultants’ which was a management consultancy aimed at blue-chip companies seeking to improve profits through better management of assets, including people.

Then, in 2001, when customer service started to receive a lot of focus, I created, chaired and presented two key European conferences on Customer Care and Managing Change, attended by chief executives from major corporations from around the globe. It was an astounding success and made me and the conference company a considerable sum of money.

‘I’m going to kill myself.’

I continued to provide value-led consultancy for numerous clients over the years. And then, one day when I was conducting a major sales training course, I came face-to-face with someone who had decided to commit suicide that very day. Although I was able to calm the person down and arrange for his transport home, I really didn’t know how to handle the situation properly.

It had such a profound effect on me that I vowed never to be in that ‘hopeless’ situation again. That’s when I trained and became a fully qualified psychotherapist, specialising in the treatment of depression. I had the wonderfully good fortune to be trained and mentored by a world-leading clinical 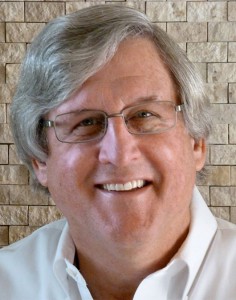 psychologist, Dr Michael Yapko (pictured to the left). You can find out more about him at www.yapko.com. So, for a time, I was out of the marketing and management profession and into a totally different realm.

But then something else happened.

After working with a huge number of clients with various mental health issues, I began to realise that how people actually processed their thoughts – how their brain created perceptions, beliefs and ideas that controlled their behaviour, often sub-consciously – was in direct contrast to what I’d always understood about how people responded to the world around them. Up until that point, my work in marketing and management had always been concerned with the metrics, rather than understanding customer behaviour. I realised that I knew very little – and it appeared most other marketers did too – about the kinds of sales, marketing and branding tactics that actually work. And like so many, I had based a great deal of my work on the myths and ideas that abound in marketing, based on no evidence but a great deal of unqualified opinion.

Suddenly I wanted to rush back into the world of advertising and marketing I’d left behind. I wanted to explain, to help, to teach, to mentor those who’d be willing to cast off all the nonsense that’s taught about things like a USP, or how long or short a piece of copy should be, or many of the other crazy ideas I’ll be shooting down in my blog posts.

So, with a proposal in hand for a different kind of book on branding, I headed to Kogan Page, the UK’s leading business book publisher. Within a few hours they had made a decision to publish it. Wow! I even beat J K Rowling in this regard. 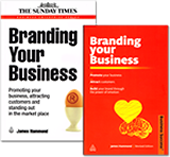 The book was published in 2007 as part of the Sunday Times Business Enterprise Series. Within days, it was getting serious reviews. In less than two months, it had become BrandChannel‘s Book of the Month. Rod Wilkes, who was at the time CEO of the revered Chartered Institute of Marketing called it ‘an outstanding guide to branding in the 21st century.’

In 2011, it was updated for a second edition, with a new-style cover (I much prefer the first). It was also translated into Latvian, and was (and continues) to do well on both sides of the Atlantic. Although the basics still remain true today, various market dynamics have changed – and that means another revision. (I’m working on it.)

And so to today.

When I wrote the first edition of my book, topics such as neuromarketing and behavioural economics were hardly discussed in marketing and advertising circles. Today, six years on, they are fast-growing subjects. They form a vital understanding of how people think – and it’s one of the essential keys to knowing how to brand a business. I was one of the first authors to write about behavioural matters in branding, and I have a great deal more to cover in this field. 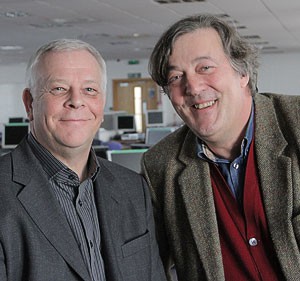 I dedicate my time to consulting, speaking, and mentoring. I’ve conducted branding workshops, seminars and in-house training programmes throughout the UK and abroad. I’ve been on television in various programmes (including Stephen Fry’s ‘Planet Word’), had numerous interviews on radio and have written about marketing, advertising, sales and branding for publications of all kinds.

And, for the past three years, I’ve been the keynote speaker at Superbrands 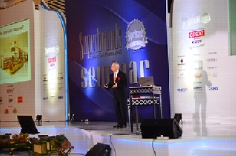 Indonesia, now The Most Valued Business where I seem to have attracted a large fan base from the 400 senior marketing executives I’ve addressed so I’m beginning to think of it as my second home.

Finally, this is my stance:

Psychology is a rare ingredient in marketing, but it should really lead the way.

Branding is not about typography or technology. It’s about psychology. Too bad that most marketers know little, if anything, about this topic. Added to that is the digital myths that abound today, and no wonder businesses that could achieve more rarely do.

That’s where I come in.

Because my work offers clients better marketing results based on proven approaches to building powerful brands.

If that’s what you’re looking for too, then you’ve come to the right person.