Well, at least that’s what Fiat appears to have done with its ad for the new Fiat 500X. 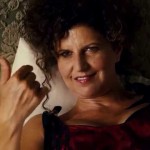 features an elderly Italian couple in a bedroom where the woman is feeling amorous. The old guy goes into the bathroom to get his little Viagra pill, which he throws at his mouth, but misses and the pill goes out of the window. (He not only needs erectile help, he needs to take a visit to SpecSavers.)

It then goes on a journey, bouncing around from pillar to post until it finally ends up in a Fiat 500X’s petrol tank. You then see the car start to develop bulges in various places on the car body as the Viagra starts to take effect.

Then, women of all ages see what’s happening and cast admiring glances at the car.

Ha, ha, ha – how funny is that? I mean, it’s hilarious. I nearly died splitting my sides. A car ad featuring Viagra! So creative, so original, so…in bad taste. And actually, I hate everything about it. 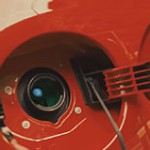 Do Fiat really think that this is good branding? If I’m honest, I couldn’t even remember the make of car the ad featured until I started writing this blog and looked it up. The creative team may think it’s a funny story, especially in the US version where the car is, shall we say, ‘enhanced’ by 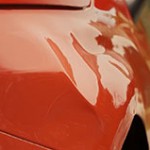 the little blue pill getting into its fuel pipes. But already, a number of comments on YouTube are negative about the ad, with some calling it offensive, others failing to see the real connection. AdWeek calls it ‘total poppycock’ [is this a pun?] and their are many who agree, me included.

I’ve bemoaned many times about the standards of creativity in advertising and how they have fallen over the past decade or so. Print ads are probably worse than their TV counterparts, as they are sometimes totally incomprehensible. Photoshop gurus and graphic designers with weird designs have forgotten what the purpose of advertising is: to sell.

But for this Fiat ad, the situation is even worse. The creative team have disappeared into their own adolescent world of bad taste – one where it’s assumed that what they think is funny is true for everyone else. The question is, does it sell cars? I doubt it.

A brand is not an outlet for a personal sense of humour, though I’ve worked with some pretty ignorant people who think it is. Yes, the idea of advertising is to present the brand – product or service – to the intended audience in a compelling, memorable and – most importantly – relevant way. Sacrificing relevancy for what is thought to be funny or outrageous doesn’t reinforce the brand image, it dilutes it.

Bill Bernbach, the famous advertising guru who produced some of the most famous Volkswagen ads of all time, said: ‘Dullness won’t sell your product, but neither will irrelevant brilliance.’ He went on to say: ‘You can attract attention in an ad by showing a man standing on his head. But unless you are advertising a device that stops loose change falling out of his pockets, it’s irrelevant.’

Bad taste makes irrelevance in an ad even worse. Yes, it may generate responses both good and bad, as the Fiat ad will undoubtedly do (at my last count there were more bad than good). And some dummies may conclude that this merely reinforces the view that all publicity is good publicity. That’s nonsense.

YouTube’s description of the ad is probably close to how the idea of the ad was presented to Fiat’s marketing department. ‘The Fiat 500X is bigger, more powerful and ready for action. In this official Fiat 500X commercial everyone who comes into contact with the 500x gets a little excited and you will too.’

Fiat’s own brand mission statement is: ‘…to combine the Italian passion for design and originality with efficiency and versatility to simplify everyday life with the joyful usefulness of its products.’

Somehow, I just don’t see a bad taste ad fulfilling this mission. But I can imagine the creative team justifying their approach to the ad’s content: ‘See, your brand mission statement mentions joy. Sex is joy. So, we’ve built the ad around sex. Geddit? Isn’t it brilliant?’ And then a load of executives all clap hands and pass out on the floor, overwhelmed with the sheer creativity of it all. 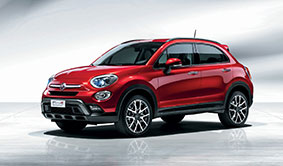 It’s a shame, really. Because a friend of mine has a Fiat 500, and there are so many things she loves about it. Couldn’t they have found a creative way to connect emotionally with the target audience without resorting to sexual innuendo?

If you haven’t seen the ad, check it out here and see what you think.

And no, I’m not going to end this blog post with some kind of ridiculous pun or sexual connotation. That would, after all, be in extremely bad taste.