James Hammond, The Brand Doctor says:
Brand nonsense doesn’t get better than this.

If I was given a penny for every time some twit has told me their company has had a ‘rebrand’, I’d be rich.

When pressed as to exactly what a rebrand means, no-one has been able to give me a proper answer.

That’s because there isn’t one.

Not only is the whole concept of a rebrand absolute hogwash*, the people that prey on the gullible, half-baked managers who buy into the concept don’t even understand what a brand is themselves.

What, in fact, clueless brand executives waste their money on under the guise of a ‘rebrand’ is usually a new logo, together with some huge corporate identity tome that gives you rules on how the logo should be used, plus a bucket of tripe about the new ‘positioning’ of the company.

(The logo is expensive enough, but the corporate identity manual is a lucrative addition for the design agency creating it. And only they can produce it of course. After all, it takes a great creative mind to tell you not to put your new rebrand logo closer than 2.0035 cm from the left-hand margin on anything printed. Or to avoid printing it upside down. Or not to change its carefully evaluated Pantone colour palette for fluorescent yellow and orange.)

So let me make it clear.

A brand has nothing to do with the rationality and logic of design. That’s why a brand is not a logo. It’s not an identity, corporate or otherwise. It’s not a symbol or a shape. It’s not a slogan. It’s not even mailshots, mission statements or mantras. It’s not colours, credos or calling cards. And it’s certainly not a ‘promise’ you make to your customer. (Another puerile idea from the brand dummies.) 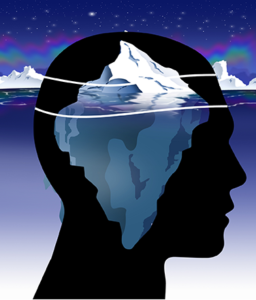 A brand is the total emotional experience a customer (or potential customer) has with a company, its product or service.

(For those of you skim-reading this, let me repeat the key phrase: emotional experience.)

This emotional experience resides in the customer’s long-term memory and nowhere else. It is built over a period of time, based on perceptions about the brand and filtered through a myriad of beliefs and opinions the customer holds.

A brand, therefore, doesn’t actually exist in the real world. It is entirely a mental construct in the customer’s mind. In other words, the customer ‘owns’ the brand.

But companies that carry out rebrands are far too anal-retentive to understand all of this. They treat their brand as if it were having a mid-life crisis. ‘OMG, what should we do? Let’s update the logo. Create a new strapline. Pretend we’ve changed our whole business philosophy. Yes, let’s rebrand.’

In reality, nothing of significance changes.

Employees rarely alter their behaviour. They have perceptions, beliefs and opinions, just like customers do. And they don’t change them just because some deluded clod comes along with a shiny new logo or business name.

Implementing a rebrand is asking the company to keep the same employees (and most of the time the same buildings, offices, equipment, salaries and line managers), yet expect them to think and act differently to how they did before. Psychology doesn’t support that possibility. Neither does common sense, but that’s in short supply in many marketing departments.

I’m not aware of any evidence ever produced that shows profits soaring, increased customer loyalty, employees turning into uber-motivated beings, or customers having deeper love for the brand (no-one is in love with brands anyway) because of a rebrand.

But I can think of several rebrands which cost a fortune and got dumped soon after their introduction.

Here’s a classic. In 2001, The Post Office in the UK decided that because it was no longer just a one-trick pony (it had post offices, a courier service called Parcel Force and Royal Mail letter delivery), it should rebrand.

A consultancy called Dragon Brands was brought in to develop the rebrand.

After the inevitable brainstorming at the agency, researchers used leading-edge bullshit to identify the Post Office ‘persona’ using the ‘Three Ps – physique, personality and presentation’.

They apparently also drew three bread-roll shapes on a flipchart and wrote words on them like ‘ambition’ and ‘scope’ in an attempt to bring together ‘the hard and soft aspects of the brand’s desired positioning’.

(Has anyone thrown up yet?)

Eventually, they came up with the new name: Consignia.

Dragon Brands said Consignia was chosen ‘because it’s got consign in it. It’s got a link with insignia, so there is this kind of royalty-ish thing in the back of one’s mind. And there’s this lovely dictionary definition of consign which is “to entrust to the care of”.’

It might have been ‘in the back of one’s mind’ as far as Dragon was concerned. But I’m inclined to think it was more likely in the back of their ass, because that’s where this inane brand babble was clearly leaking from.

Of course, equally-clueless-about-branding group chief executive John Roberts declared the name as ‘modern, meaningful and entirely appropriate’. Well, he would, wouldn’t he? But then, he was only reading off the ready-prepared drivel the rebranding clods had prepared.

The introduction of the rebrand cost about £2million. Around the same time,  The Post Office made 17,000 workers redundant. How about that for ‘hard and soft positioning’? 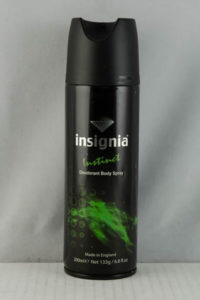 And the public hated it everything about this rebrand. Many said it sounded like the name of an anti-perspirant called Insignia.

The BBC called the rebrand a ‘robbery’. The press had a field day mocking the entire campaign, and not one single newspaper supported the name change. 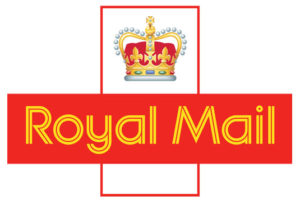 Sixteen months later, Roberts left and the group was renamed Royal Mail at a cost of around £1 million, changing everything back to pretty much how it was originally.

What an absolute total waste of money.

You’d think marketers would learn from this lunacy. But, like many things in marketing, simpletons still carry on rebranding as if driven by some insatiable desire to throw hard-earned cash down the toilet.

Let me give you another example closer to home for me.

In Cambridge, where I’m based, the railway station frequently sees changes in train franchises, due mainly to their incompetence and presumed hatred of commuters.

When that happens, the same old stock of carriages are kept. The standing-room-only suffering in an already overcrowded train doesn’t diminish. The toilets and handbasins don’t get a hygiene makeover.

But, yes…you guessed it…they paint a nice new logo on the outside of each carriage to proudly announce all that’s new in transport and travel from Cambridge. Leaflets and adverts announce the arrival of a new, improved, super-special service.

Mission and vision statements pour out of every station orifice declaring an exciting future that’s full of happy employees, true partners in making the world a better place and creating a wonderful life for all. Managers are sent on all-expenses-paid jollies where they can lap up a weekend of pretentious rubbish about the ‘new vision, new beginnings’, walk on hot coals and get lapel badges with ‘Meet The New Me’ writ large on them, ready to assault the queue of unhappy commuters on the train station with deluded ideas about what this rebrand means.

The truth is, it means nothing. The journey is still crap. But to cover the cost of the rebrand, it’s now even more expensive crap.

The entire concept of rebranding is not only naïve, it is an expensive and brainless activity.

And it makes me sick.

Now, to be fair, there are some occasions when you might want to change your company logo. Your existing symbol could be an atrocious piece of clip art from a software package you’ve had since desktop publishing was first invented. It could be a business take-over, where the new parent wants to incorporate your identity into their own visual style. Or you’ve changed your brand name from dungdroppings to crasscowplops and the typography just doesn’t look right any more.

But, you see, these are not rebrands. At best, they are simply changes to the visual identity. No need for mission-statement-hooey, no requirement for 100-page manuals of gibberish, no attempts at turning Steve the introvert into a raving extrovert called Jeff. It’s just a bloody logo for goodness sake.

So if you want to go ahead and waste your profits on a ‘rebrand’ be my guest.

But it won’t change anything – and it certainly won’t change you, your staff or your products. It’ll probably burn a big hole in your marketing budget though.

When it comes to the whole batty idea about rebranding, I have a favourite old saying.

You can put lipstick on a pig, but it’s still a pig.

*Hogwash: A word first used around in the 15th century. A combination of ‘hog’ (usually called a pig in the UK) and ‘wash’ which meant any kind of food leftovers from a kitchen. This wash was often fed to hogs. In most dictionaries, hogwash means either worthless, meaningless or nonsense. In the case of rebranding, it’s all three.