James Hammond, The Brand Doctor says:
‘A winning brand is always about providing customers with strong emotional connections. Current brand experiences are important, but memories of past events are also critical.’ 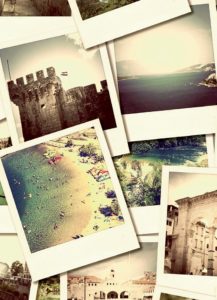 Evoking emotional responses drives a brand into the customer’s long-term memory – the only place where the concept of a brand exists. The more memories that are stored there, the stronger the brand can be recalled at any given time.

Psychologists call this brain behaviour episodic memory – a collection of experiences past and present that occurred at a particular time, place and context, all connected together almost like a completed jigsaw puzzle. So when a current brand engagement links with a brand memory, this accumulation of events is heightened, forming a powerful emotive response. Couple this with another mental process called classical conditioning and you have the recipe for END_OF_DOCUMENT_TOKEN_TO_BE_REPLACED

James Hammond, The Brand Doctor says:
I’ve never been a great fan of market research. Not because I don’t believe in it, but mainly the fact that I read so much nowadays of how research results have been skewed, flawed, biased…you name it, research appears to be guilty of it. 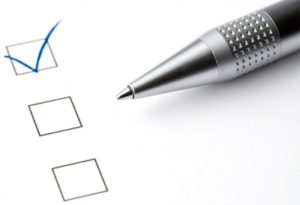 When it comes to branding and marketing, a great deal of research is undertaken using the self-report or questionnaire method, where participants provide information about their feelings, attitudes, beliefs and preferences by ticking the boxes of pre-determined questions. These can take the form of ‘closed’ questions (those that can be answered by a simple ‘yes’ or ‘no’) aimed at providing quantitative results, or ‘open’ questions that attempt to delve deeper into the whys and wherefores of choices made by respondents –  qualitative answers. Alternatively, interviewers with a typical clipboard will ask pre-set questions and do the ‘ticking’ on therespondent’s behalf. Typical results from self-report/questionnaire ‘research’ END_OF_DOCUMENT_TOKEN_TO_BE_REPLACED

James Hammond, The Brand Doctor, says:
‘Everyone lives by selling something.’ That’s a quote from Robert Louis Stevenson. But many sales people need to up their game, so in this Brand Blog, I’ll share three important points about selling in today’s marketplace. 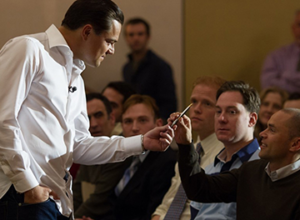 If you’ve watched The Wolf of Wall Street, you’ll remember at the end of the movie how Leonardo DiCaprio moves along a line of salesmen and demands, ‘Sell me this pen.’ Such a direct approach to selling as this may have worked in the days of door-to-door tradesmen peddling their wares. But today, customers are more savvy, have multiple choices and probably know a lot about your product or service prior to you contacting them, thanks to the Internet. Studies show that buyers are often 60% through a buying cycle before engaging with a sales person.  END_OF_DOCUMENT_TOKEN_TO_BE_REPLACED

Why do some sales materials, whether digital or printed, get brilliant results while others are totally ignored? Brand Doctor James Hammond provides some helpful tips on the best way to write sales copy.

In today’s digital marketing arena, content marketing is the focus for much of the writing that takes place. Subject matter usually revolves around creating content for articles, blogs and tweets to inform and engage customers (and potential customers) as well as promoting the business brand. Most of this content is aimed at raising awareness – and hopefully interest  – in the company and its products or services.

But sooner or later, if you’re in business to make a profit, you need to make sales. That requires  writing a different kind of content – copy that is totally focused on persuading the customer to buy.

Whilst many companies outsource their copywriting to professionals, smaller businesses may not have the budget to afford these services. Instead, they rely on themselves or END_OF_DOCUMENT_TOKEN_TO_BE_REPLACED

James Hammond, The Brand Doctor, says:
This is an article I wrote recently, highlighting the woeful state of sales and marketing today. 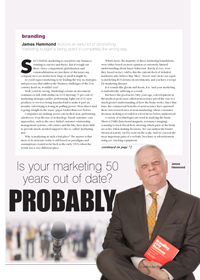 Successful marketing is crucial for any business wanting to survive and thrive. But it’s tough out there. Fierce competition, globalisation and commoditisation are just three of the issues any company faces no matter how large or small it might be.

So you’d expect marketing to be leading the way in strategies and processes that address the business challenges of the 21st century head on, wouldn’t you?

Well, you’d be wrong. Marketing’s return on investment continues to fall, with studies in 2014 showing 75% of marketing strategies under-performing. Eight out of ten new products or services being launched fail to make it past six months. Advertising is losing its pulling power. More direct mail is going straight in the waste-paper basket than ever before. Companies are making severe cuts in their non-performing salesforces. END_OF_DOCUMENT_TOKEN_TO_BE_REPLACED

James Hammond, The Brand Doctor, says:
A lexicon? Don’t worry. It’s just a fancy name for a special document – but a very important one for your brand.

Have you ever been in conversation with a company where the discussion of a single product or service feature is different – and at times almost contradictory – depending on which salesperson or customer service agent you speak to?

Customer communication is a vital part of the overall customer experience. There needs to be consistency in the language employees, especially those on the front line, use to explain what the business and its goods is all about, and do it in a way that identifies the brand’s distinct verbal characteristics.
The best way to do this is through creating a brand lexicon. It sounds grand, but it’s really just a simple booklet (electronic or paper) containing the main key words, phrases and sentences that will be used consistently when END_OF_DOCUMENT_TOKEN_TO_BE_REPLACED

Watch my interview with PR expert Farzana Baduel to learn more about helping your brand to grow by using PR.

In 2004, Al and Laura Ries wrote a book called The Fall Of Advertising & The Rise Of PR.

In it, they stated that the major brands around today were born using public relations – PR – not advertising. The book cites an astonishing number of branding examples, including Starbucks, the Body Shop, Wal-Mart (owners of ASDA here in the UK), Red Bull and Zara as having been built with virtually no advertising.

In truth, they had it wrong about advertising losing ground. But they got it absolutely right about PR. And even more so in today’s business landscape. END_OF_DOCUMENT_TOKEN_TO_BE_REPLACED

I’ve been interviewed by numerous radio stations over the years. Listen to this one from 2009.

Ah, nostalgia. I was interviewed by City Talk 105.9 FM in Liverpool as presenter Roy Basnett was doing a feature on commercials. In fact, the subject moved into jingles and branding, but I managed to get my point about emotions over quite well.

But there was one advert I discussed that could be lesson to all brand managers. Anyone remember the Shake n’ Vac television advert from the 80s? It was in the shops from 1979, but due to a strike by ITV, the advertising campaign wasn’t aired until 1980. The ad featured a woman (actress Jenny Logan) dancing around, shaking the carpet freshener powder all over the carpet. END_OF_DOCUMENT_TOKEN_TO_BE_REPLACED

James Hammond, The Brand Doctor, says:
Branding a plain old paper clip is a great exercise, and one I teach all my branding workshop attendees. I’ve had some amazing responses. 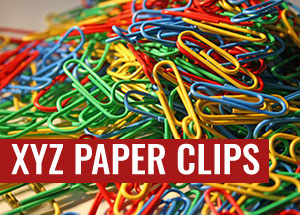 There isn’t an agency, consultancy or design house that doesn’t like working with well established brands. I mean, it’s really a no-brainer if the brand is strong, well-known, liked and has a reasonable budget attached to it.

But what if the product is seen as a commodity – and it is, well, bland? I always tell those in my brand workshops or extended keynotes not to despair if they’re responsible for marketing less-than-interesting products or services. END_OF_DOCUMENT_TOKEN_TO_BE_REPLACED

And the idea of using them in any kind of research involving cruelty makes my blood boil.

So a charity that campaigns in favour of using alternative methods in research gets my vote.

But sadly, one such organisation gets a definite thumbs down for their latest stupidity.

The charity known as the Dr Hadwen Trust for Humane Research has decided to ‘rebrand’.

It’s now calling itself Animal Free Research UK. And, surprise surprise, has a new logo to reflect the change of name. (We’ll get to that in a minute.)

Giving a reason to ‘rebrand’, a spokesperson from the charity said that research conducted with its many stakeholders revealed the previous Dr Hadwen name was ‘confusing and created a barrier between the charity END_OF_DOCUMENT_TOKEN_TO_BE_REPLACED